In December 1863, Moses E. Lard published an article called “My First Meeting.” The article is a beautiful story, wonderfully told, both sad and joyful, about the area where Lard grew up in western Missouri and where he later returned to hold his first meeting.

According to Lard, after the meeting took place (about 1842), a little town sprang up in the area called Haynesville. Haynesville thrived until the railroad came through west of town, after which the town moved a little west and came to be called Holt, as it is known today (Holt, MO is on I-35 about thirty miles northeast of Kansas City, MO). Nothing remains of Haynesville but a road by that name near Holt. Lard is buried in Mount Mora Cemetery in St. Joseph, MO, about 45 miles northwest of Holt. I recently visited these two towns to have a look around and take a few photographs (below).

Lard’s article is a masterful work of character description and plot development that rivals any 19th century short story you might read in a college literature course. It is a classic of Restoration writing. I only hope the reading does justice to the quality of writing. I hope you enjoy listening. 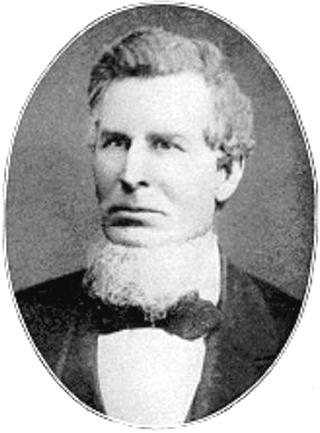